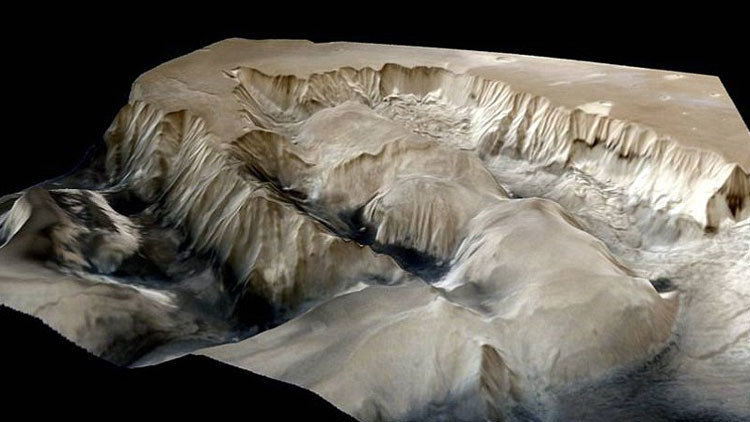 The world’s cheapest Mars mission has managed to capture a stunning 3D photo of the Red Planet. The beautiful image, snapped by India’s Mars Orbiter, shows part of the solar system’s largest canyon.
The photo, taken at an altitude of 1,857km (1,154 miles) on July 19, shows the many layers of Ophir Chasma – a system of steep valleys and scalloped terrain measuring 62km (38.5 miles) wide and 317km (197 miles) long.

The image was sent back to Earth on August 15, India’s Independence Day.

Ophir Chasma is part of Valles Marineris, the largest canyon in the solar system. It is shown to be bordered by high-walled cliffs revealing rough terrain alongside smoother areas.