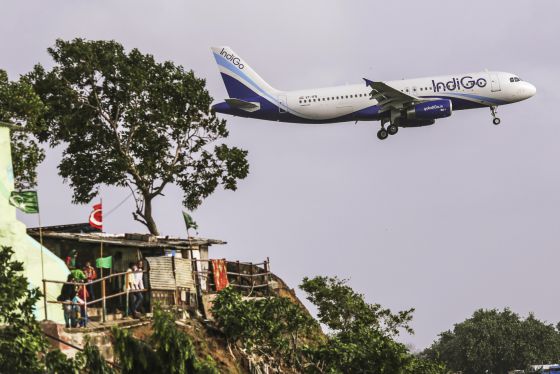 Airbus has landed its biggest ever order after securing a deal with Indian budget airline IndiGo to sell 250 of its A320neo jets.
Worth $26.6bn (£17bn) at list prices, the deal is the largest number of aircraft bought in a single order for the pan-European aerospace company.
However, it is unlikely that IndiGo will pay as much as the list price, as plane makers usually offer substantial discounts to secure major contracts.
The order guarantees work for Airbus’ thousands of staff at its UK plant in Broughton, North Wales, which produces the wings for all of the company’s passenger jets. At current production rates, Airbus has almost a decade’s worth of work on its order books.

The Airbus A320neo – which stands for “new engine option” – is a modified version of its bestselling A320 workhorse airliner, and seats about 190 passengers. Almost 12,000 aircraft in the A320 family have been ordered.