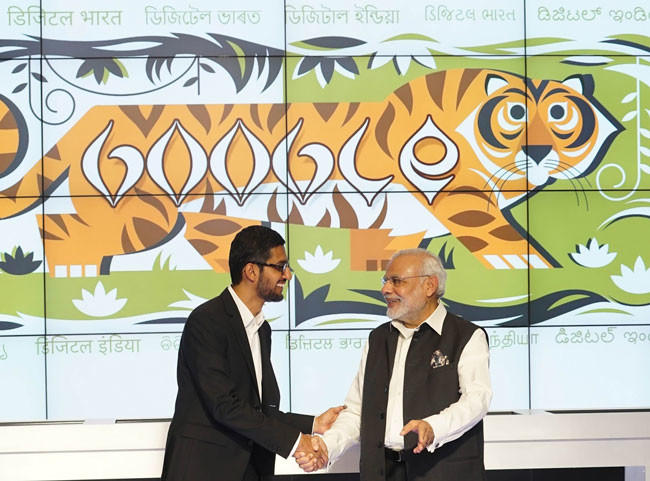 Microsoft is the latest company to rush into the lucrative emerging Indian market, with the promise to connect 500,000 villages in the subcontinent to the internet.

The announcement is hot on the heels of Google’s plan to set up free public Wi-Fi coverage across 100 of the nation’s busiest train stations.

Microsoft CEO Satya Nadella, said of his act of altruism: “We believe that low-cost broadband connectivity coupled with the scale of cloud computing intelligence that can be harnessed from data can help drive creativity, efficiency and productivity across governments and businesses of all sizes.”

The Chocolate Factory has been desperately trying to tap into the Indian market, having already repeated an attempt to flog super cheap smartphones to the market.

The ad flinger now reckons its plan to connect 10 million train users a day will rank as the largest public Wi-Fi project in India.

Sundar Pichai, chief executive of Google, said of his company’s equally selfless move: «We’d like to help get these next billion Indians online — so they can access the entire web, and all of its information and opportunity.»

Last week Bill Gates and Mark Zuckerberg pledged to help bring internet access to everyone across the planet by 2020.

However, Facebook’s attempts to supply free internet via its Internet.org initiative have been scuppered by a number of Indian companies fleeing from the project on the grounds that the scheme was anti-competitive.

According to reports, 60 per cent of the world remains offline, representing a huge untapped market for companies looking to boost their flagging growth rates.®