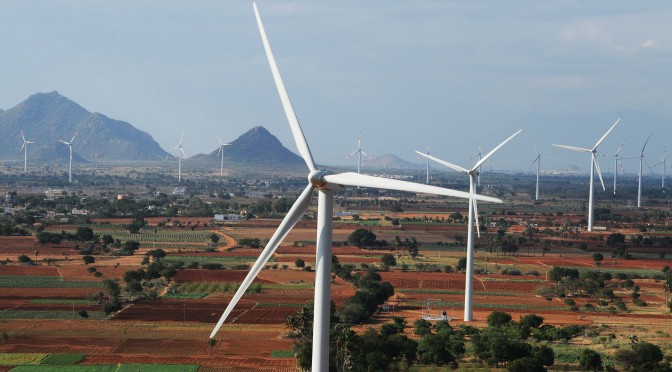 Gamesa has bolstered its position in India having received a new order 1 for the supply of 250 MW to Orange, one of India’s leading independent power producers (IPP).

The company will install 125 of its G97-2.0 MW Class S wind turbines at three wind farms. With a tower height of 104 metres, the company has tailor-designed this variant – certified by TÜV NORD – for the Indian market with a view to maximising turbine performance at low wind speed sites.

Specifically, the agreement entered into with Orange includes the turnkey construction of a 100 MW wind farm in the town of Ananthapur, in the state of Andhra Pradesh; this facility is scheduled for commissioning in March 2016.

In addition, the company will supply, install and commission 25 G97-2.0 MW Class S turbines at the Ratlam wind farm (50 MW) and another 50 at the Agar (100 MW) wind farm, both of which located in the state of Madhya Pradesh. These facilities are slated for commissioning in the first and third quarters of 2016, respectively. The agreement also encompasses the provision of the related operation and maintenance services over the medium and long term.

In recent years, India has emerged as one of the most promising wind power markets: installed capacity is expected to increase from close to 23,000 MW today to 40,000 MW by the end of 2019, driven by huge pent-up demand for electricity, according to sector consultancy BTM’s estimates. In addition, the Indian government has set the target of lifting installed capacity to 60,000 MW by 2022.

The new orders secured by Gamesa in India – with some 500 MW locked in year-to-date – reinforce its solid commercial positioning: according to BTM, the company ended 2014 as the leading OEM in the country for the second year running, with a market share of 32% in 2014, compared to 21% in 2013.

Gamesa’s presence in India – as technology provider and wind farm developer – dates back to 2009. To date, it has installed close to 1,900 MW and services over 1,850 MW under O&M agreements. In addition, in its capacity as wind farm developer, it has developed over 1,300 MW.