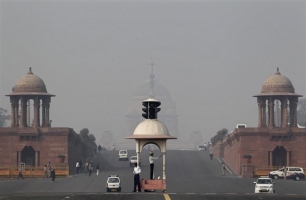 Environment minister Prakash Javadekar said on Monday that the rich world could not wish away its responsibility for man-made global warming. Javadekar urged developed nations to do more to help India deal with the impact of climate change.

India is one of the last major economies still to submit its plans to tackle global warming ahead of a United Nations summit in December where more than 190 countries will seek a deal to halt a damaging rise in temperatures.

Despite its low per-capita emissions, India is already the world’s third-largest carbon emitter. Its huge population of 1.2 billion, a fast-growing economy and rising use of coal make its role crucial if the UN summit is to succeed.

Javadekar said India was in the final stages of preparing its submissions to the UN, and that he was confident  a global deal could be reached at the summit in Paris.

But, he added, the rich world had so far failed to make sufficient money and cutting-edge technology available to help poorer countries that were not to blame for global warming.

«Historical responsibility is a fact. It cannot be wished away. We are just 2.4% of the world’s historical emissions,» he told reporters in New Delhi.

Unlike other large emitters like the United States and China, India has said it will not commit to a «peak year» for its own emissions, arguing that doing so would hamper its drive to beat poverty through economic growth.