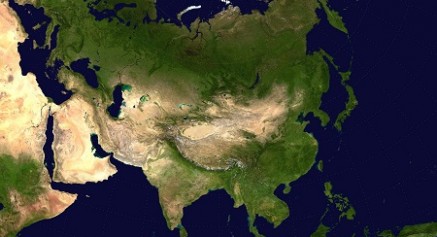 Indian foreign minister Sushma Swaraj, Russian foreign minister Sergey Lavrov and Chinese foreign minister Wang Yi met in Beijing on Jan. 2 for the 13th Russia-India-China (RIC) summit to discuss how, as three countries with major influence on global affairs and with emerging domestic markets, they can work together to ensure global and regional peace and stability as well as pushing forward global economic growth.

From his 2012 presidential campaign onwards, Putin has tied his ambitions for Russia’s economy to the Russian Far East’s trade with China and the Asia-Pacific region. Relations between China and Delhi, which have at times been subject to tensions over ongoing territorial disputes, have also matured to enable mutual respect, despite the Indian press’s continuing reports on movements of both countries’ armies in northern Tibet and Indian-controlled Ladakh.

The three countries took a long time in even reaching a basic level of agreement: from 2002 until 2009, no substantial written statement was issued; at the 2009 meeting in Bangalore, the three nations only reached consensus on supply of energy resources and on a peaceful resolution to the situation in Afghanistan. In 2010, however, the three expressed agreement or similar views on several international and regional issues and agreed to develop their solid foundation in ties. It wasn’t until 2012, when Beijing and Moscow confirmed that India was capable of developing advanced nuclear technology, that talks between the three took off, which has led up to the current talks in 2015, where prejudices may be put aside and action may be forthcoming.