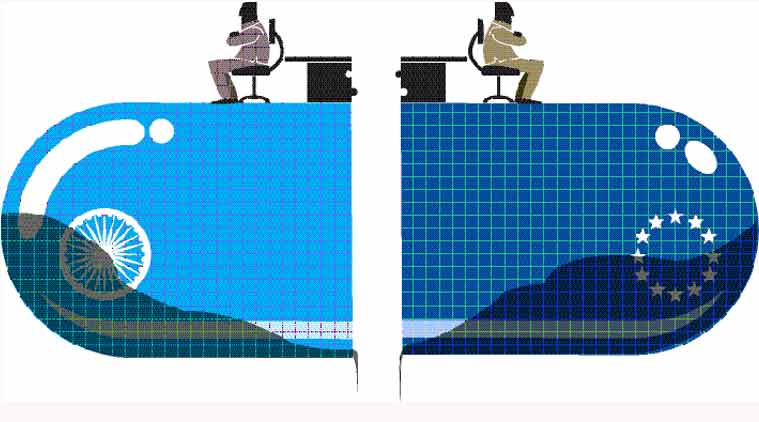 Less than four months ago, on April 14 in Berlin, Prime Minister Narendra Modi had made a plea in favour of resuming the final stages of negotiations for wrapping up a free trade agreement between India and the European Union, one that has been hanging fire for the last eight years. Then, just ahead of an impending August 28 meeting of the chief negotiators of India and the EU for resuming talks on the Broad-based Trade and Investment Agreement (BTIA) after a two-year hiatus, the commerce ministry, on August 5, decided to make an abrupt announcement citing the Indian government’s decision to defer the proposed talks in protest against the EU imposing a legally binding ban on the sale of around 700 generic drugs clinically tested by GVK Biosciences, Hyderabad. This was in reaction to the EU having imposed the ban citing the alleged manipulation of clinical trials by drug research company GVK Biosciences.

The legality of the EU action against GVK Biosciences aside, India’s latest attempt to delay the BITA talks is broadly consistent with the typical dilly-dallying stance adopted by the country during world trade negotiations, with nationalism, almost always, being used as the alibi for the protectionist stance. The sense of urgency to clinch the deal displayed by the Prime Minister in the April joint press conference with German Chancellor Angela Merkel appears to have been backed by a measure of rational thinking, especially in the wake of the fact that just a month ahead of Modi’s trip to Germany, the government had steamrolled a major sticking point in the trade pact negotiations by operationalising increased FDI limit of up to 49 per cent in the insurance sector.