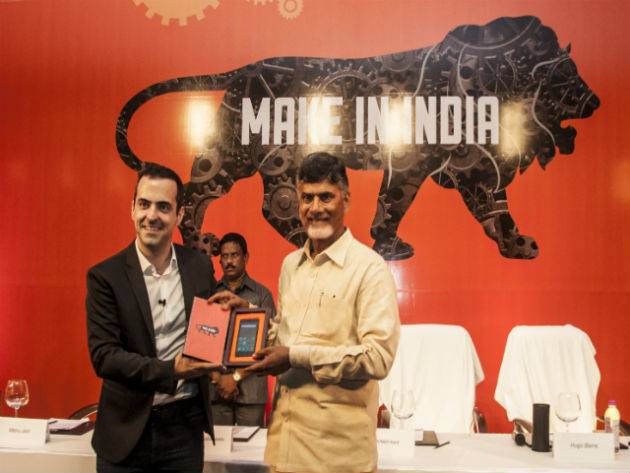 Chinese smartphone major Xiaomi has launched its first locally manufactured product, in partnership with Taiwan’s Foxconn Technology Group, opening another chapter in the country’s Make in India story. The smartphones are being made at its factory in Sri City, Andhra Pradesh. The Chinese firm, which started operations in India last year, manufactures devices in China and Brazil.

“This is our second local manufacturing unit outside of China, the first one being in Brazil with Foxconn. We started our discussions with the government in February and we have already started with the manufacturing,” Hugo Barra, vice-president, Xiaomi Global, said. “Manufacturing smartphones locally is a significant step towards incorporating Xiaomi into the fabric of India in the years to come. After taking into consideration several factors, manufacturing in Andhra Pradesh was an obvious choice for us,”’ he said.

However, he declined to share details about the investment, capacity or number of employees at the facility. He said Xiaomi has sold 3 million devices in the country since the company started its operations in India.

Last year, the company had announced that it had sold 1 million devices in the five months to December.

Andhra Pradesh chief minister N Chandrababu Naidu released the first Redmi 2 Prime, an enhanced version of Redmi 2, at a price of Rs 6,999 across Xiaomi’s partner sites such as Flipkart, Amazon and Snapdeal starting August 10. Foxconn’s India unit initially started assembly of Redmi 2 Prime and it will gradually include other devices from the company’s portfolio.

For Foxconn Technology Group, the world’s biggest contract manufacturer, this is its second leg of manufacturing in India. It will produce 10,000 phones a day for Xiaomi.

“We started looking at options for local manufacturing as soon as Xiaomi entered India in July last year. Local manufacturing shows Xiaomi’s commitment to being in India for the long haul, and we are also able to contribute to generating more jobs in India,” Manu Jain, head of India operations, Xiaomi, said.

Meanwhile, Foxconn is still in talks with a few other state governments including the Telangana government to build 10-12 factories over the next five years at an investment of $2 billion as part of the government’s Make in India initiative. The company had to down shutters at three units in Tamil Nadu after client Nokia was sold to Microsoft.

Hon Hai Precision Industry, as it is formally known, boasts a clientele that includes Apple, Cisco, Dell, Microsoft and Hewlett-Packard, among others.