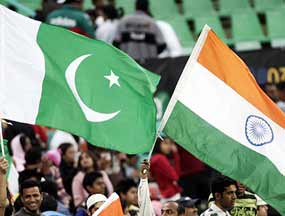 Prime Minister Narendra Modi has taken a huge political risk in setting up a dialogue process with Islamabad without the latter cogently addressing New Delhi’s red lines on cross-border terrorism.

There was no immediate confirmation whether he did any ground-work for a broad political consensus he’d need at home for the dialogue. But his Congress predecessor, Dr Manmohan Singh, had advised him at their meeting last month to keep ‘channels open’ with Islamabad irrespective of the ‘state of play’ in bilateral ties.

Regardless of its domestic political fall-out for the BJP — that used terror emanating from Pakistan to so gainfully propound religio-military nationalism in the 2014 polls — Modi’s surprise initiative is an acceptance of the limited value of the “no-dialogue” stance that was tried and abandoned by his predecessor AB Vajpayee. The Ufa joint statement is reminiscent,   in fact, of Vajpayee’s April 2003 “hand of friendship” speech in Srinagar after having declared “aar ya paar ki ladai (fight to the finish)” in the wake of the December 2001 terrorist attack on Parliament.