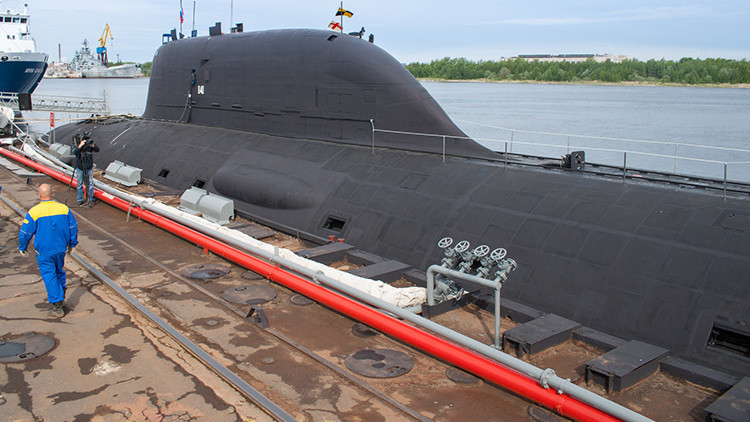 India is in final talks with Russia to lease a new nuclear attack submarine in hopes of giving a boost to its naval fleet.

The Economic Times reported this week the Southeast Asian country has been looking to lease a modern built and customized submarine.
The new submarine has been christened as INS Chakra III, and is seen as state of the art. It will be a variant of the Akula class of stealthy nuclear-powered submarines, which have the ability to spend months underwater, The Island reported. It will be equipped with a vertically launched Brahmos missile system.

If the deal is finalized, it would be the third Russian nuclear submarine to be operated by India. The first was the original INS Chakra that was taken as a three-year lease in 1988, and the Chakra II was inducted last year after a four-year delay.

Prime Minister Narendra Modi was in Ufa, Russia, this week for the BRICS summit, where he met with Russian President Vladimir Putin, who announced that India — alongside Pakistan — will be joining the Shanghai Cooperation Organization (SCO).

«We are in the process of negotiating with an Indian shipyard, and if these negotiations are successful, it could become our partner for future tasks of modernizing Kilo submarines. Not just for India, but for third nations as well,» Evgeny V. Shustikov, Deputy Director General of Zvyozdochka told The Economic Times. Russia also recently sold six submarines to Vietnam that will require overhauling and repairs in the coming years.