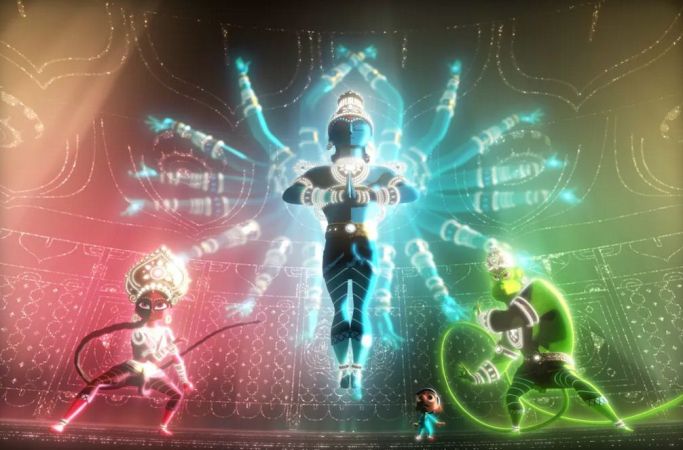 Pixar is the godfather of all animated films, and with every brilliant new film they bring out an equally impressive short that haunts the minds of the audience. «Sanjay’s Super Team» is one such masterpiece and much like the «Lava Song» from «Inside Out»; it touched the viewers of «The Good Dinosaur» as much as the film did, if not more.

The beautiful short film depicting the cultural difference in migrant parents and first generation Americans has been nominated for Academy Award for Best Animated Short Film. The short is about a young boy who idolises the superheros of Super Team and wished his Hindu migrant father would stop spending so much time praying and meditating.

However, the young boy’s brilliant imagination allows for him to see that the Gods and his heroes can co-exist. The story of «Sanjay’s Super Team» stems from director Sanjay Patel’s childhood. As a child of migrant parents, he was conflicted by the western world and the Hindu traditions of his family. He also resented that his parents had to pray at the exact same time that his favourite cartoons were aired.

Despite his displeasure with the religion, he is now the author of four books on Hinduism – The Little Book of Hindu Deities: From the Goddess of Wealth to the Sacred Cow (2006), Ramayana: Divine Loophole (2010), The Big Poster Book of Hindu Deities (2011) and Ganesha’s Sweet Tooth (2012).

The nomination for his short film is a huge deal because the criticism on the lack of diversity in the nominee list is valid this year as it was in the last. In fact, other than in the documentary (Asif Kapadia for «Amy» and animation short film categories (Sanjay Patel and Obaid Chenoy for «A Girl in the River: The Price of Forgiveness») last year’s Twitter trend «#OscarsSoWhite» will be applicable this year too.

Other nominations in Short Film (Animated) category are: «Bear Story», «Prologue», «We Can’t Live Without Cosmos», «World of Tomorrow» and «A Girl in the River: The Price of Forgiveness». For the complete nominee list for the 88th Academy Awards, visit The Oscars website.