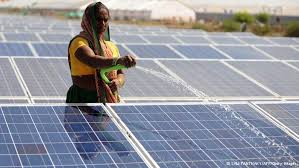 For the state ministry of technical education, Mission Go Green begins at home. In pursuance of chief minister’s target to achieve capacity to generate 500MW of solar power by 2017, state ministry of technical education has directed the around 200 institutions, colleges, universities and deemed universities that come under his purview across the state to install system to generate at least 25KW of solar power each.A GO to this effect is expected early this week.
«Institutions will be told to put in place a system for becoming self-reliant through generation of solar power and they can seek whatever technical guidance or support they need from the solar power authorities backed by the Central government,» said Fareed Mahfooz Kidwai, minister of state (independent charge) of technical education, adding that all centres of technical education will have to use only solar power for heating water.
The directives of the minister are in sync with the cal from all quarters to adopt methods that are environment friendly as the world awakens to threat of power generation through burning of fossil fuel and the benefits of solar power which is even cost-effective.