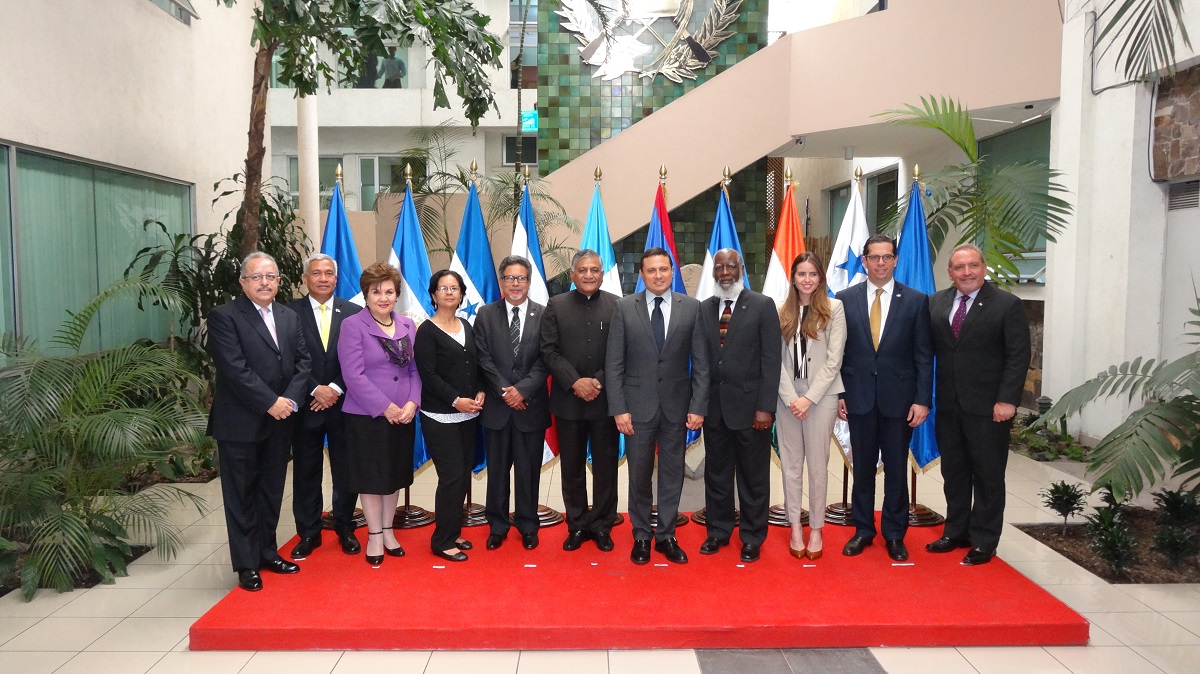 If there is one region where India is taking many new initiatives to step up political engagement and increase trade and investment, it is Latin America. An indication of India’s keenness is evident from the intensive interactions with the region in the last few months. There have been exchange of visits with almost all countries in the Latin American, Central American and Caribbean region in recent times.

In over one year of the Narendra Modi government, senior ministers have visited several countries including Mexico, Colombia, Venezuela, Ecuador, Guatemala, Jamaica and Dominican Republic . There have been incoming visits by Foreign Ministers of Mexico, Guatemala and Suriname. The President of Guyana and Vice president of Cuba have also visited India this year. 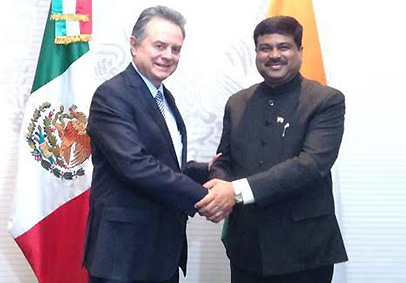 Petroleum and Natural Gas Minister Dharmendra Pradhan, accompanied by a high-level business delegation, followed by Minister of State for External Affairs, Gen (retd) VK Singh, visited the region recently. The focus was to woo investors from the region and increase India’s outreach in Latin America and the Caribbean. During the visit the Minsters reviewed the bilateral agenda and co-operation in the areas of energy, agriculture, pharmaceuticals, IT and the automotive industry.

The region offers immense opportunities to Indian companies, especially in sectors such as energy, pharmaceuticals and agri business.

Visit of Minister of State for External Affairs, Gen VK Singh, (retd) to Venezuela was extremely significant. Venezuela is India’s largest trading partner and our third largest supplier of crude energy globally. One of the priorities for India is to increase our exports to Venezuela where there is good demand for Indian goods. India’s also has some significant investments in Venezuela. The overseas arm of state-run explorer ONGC-OVL, has invested in two projects in San Cristobal and Carabobo-1, respectively.

(Minister of State for External Affairs Gen. (Dr.) V. K. Singh (Retd.) visited Caracas (Venezuela) on 24-25 May, 2015)Venezuela and India have also signed a dozen agreements on energy in recent years, including for development of the Orinoco Belt, oil exploration and production, cooperation in the hydrocarbon sector and development in the gas and petrochemical sectors. India imports 20 per cent of its oil needs from Latin American countries, including Venezuela, as declared by Mr Pradhan during his visit to Colombia recently. 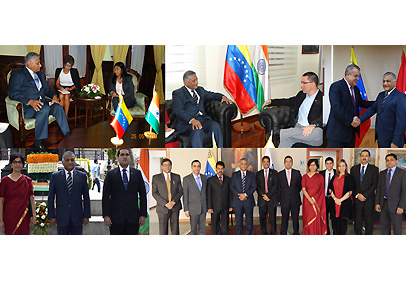 Venezuela, on its part, also plans to significantly increase crude oil supply to India and is negotiating with Reliance Industries, its major customer, for a joint venture in the OPEC country’s energy industry. In fact, Eulogio Del Pino , President of its national oil company, Petroleos de Venezuela S.A., was in New Delhi recently as a follow up to visit of Minister of State for External Affairs Gen (retd) VK Singh to ensure that all issues between the two sides are resolved and opportunities for further investments are opened up.

Venezuela produces heavy, viscous oil, which is usually priced lower than lighter grades. Modern refineries that process such grades of crude earn much higher refining margins than other processing plants that require superior grades. Venezuela is also much further away from key Asian markets than West Asian suppliers, such as OPEC powerhouse Saudi Arabia, but PDVSA executives say their oil is competitively priced and supplies are reliable.

This Latin American country is also currently holding membership in the UN Security Council for a two year term. Venezuela will also soon be assuming the chairmanship of the Non-Aligned Movement.

Yet another important country for India is Ecuador, which is holding the Pro Tempore Presidency of CELAC during the 2015. Besides inaugurating an IT center there set up with the help of India, there have been talks on the expansion of the trade basket, as Ecuador offers a privileged location, extended production diversity, great potential in agri-business, fishery, aquaculture, forestry, mining, tourism and services and has a favourable legislation on foreign investment, offers preferential commercial access to different markets and US dollar is its official currency.

Besides oil, defence and pharmaceuticals, India could look at importing gold and silver from Ecuador, which has gold reserves of 225.000 tonnes, 12.500 tons of silver and produces about 350.000 barrels of oil a day.

The Member States of SICA highlighted the importance of financial cooperation received from India through Lines of Credit (LOC) and welcomed India’s offer to increase this further to US $240 million. The region is already utilizing Line of Credit worth approximately US $ 133 mil.

During the SICA meeting, the members talked about the importance of bilateral and multilateral technical cooperation received from India and welcomed its offer to increase the number of scholarships from 100 to 200 under the Indian Technical and Economic Cooperation Programme (ITEC). India has now offered to extend scholarships exclusively to the Secretariat of SICA in the area of capacity building under ITEC Programme.

During the ministerial meeting in Guatemala, India offered to establish a Regional Barefoot Vocational Training Center for SICA member countries in Guatemala, which will train women from remote villages in the rural area as solar engineers.

Trade and investments have emerged as the main driver of the relationship between SICA countries and India. India’s trade with SICA region has also since grown considerably. Two way trade between India and SICA region has increased from $ 927 million to $ 1.4 billion in 2014. This shows a healthy annual growth of 10.9 %. There is still a lot of potential that India needs to identify and explore. It was decided to hold a meeting of the India-SICA Business Forum as soon as possible in a Central American Country to encourage trade further.

In addition, India will be organizing «Days of Indian Culture» in SICA countries to encourage people to people contacts.

In another significant development the first ever India – Caricom Joint Commission meeting was held in Georgetown, Guyana on 2 June. The CARICOM-India Joint Commission is a mechanism for dialogue to enhance cooperation across all sectors and areas including political, economic, and technical cooperation. Though the agreement to initiate the commission was signed in 2003, this was the first ever meeting between the two sides in this format. 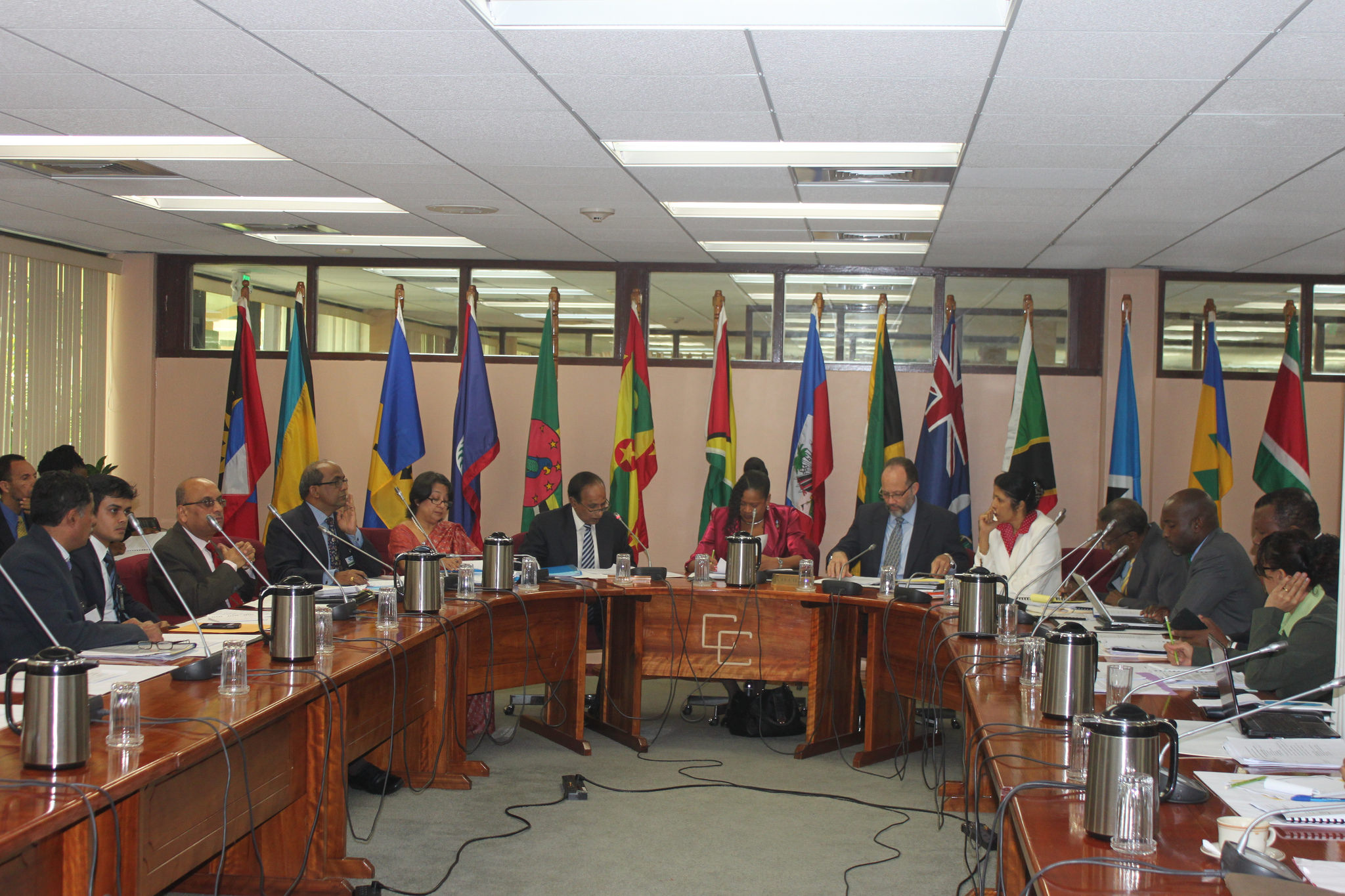 The landmark meeting was led by Special Secretary, Ministry of External Affairs, R. Swaminathan and CARICOM Secretary General Ambassador Irwin LaRocque. The CARICOM group of countries acknowledged India as an «important partner” for the region, with embassies and high commissions already set up in the four CARICOM states — Guyana, Jamaica, Suriname and Trinidad and Tobago– along with an accredited CARICOM Ambassador.

«What was encouraging was that all members were either present physically or through video conferencing. India has a huge potential in the region as there is plenty of scope for cooperation in various sectors including agriculture, health, IT and pharmaceuticals. ” said a senior officer in the Ministry. India enjoys close historical and cultural links with the region because of the presence of a large Indian diaspora.

CARICOM has 15 members – Antigua and Barbuda, Bahamas, Barbados, Belize, Dominica, Grenada, Guyana, Haiti, Jamaica, Montserrat, St. Kitts and Nevis, St Lucia, St. Vincent and the Grenadines, Suriname and Trinidad & Tobago. Of these, all except Montserrat are nation States. Anguilla, Bermuda, British Virgin Islands, Cayman Islands and Turks & Caicos Islands are Associate Members of the Community. The Chairmanship of the Community is rotates every six months among the member countries.

(Huma Siddiqui is a senior correspondent with The Financial Express. This article has been written exclusively for the MEA website)