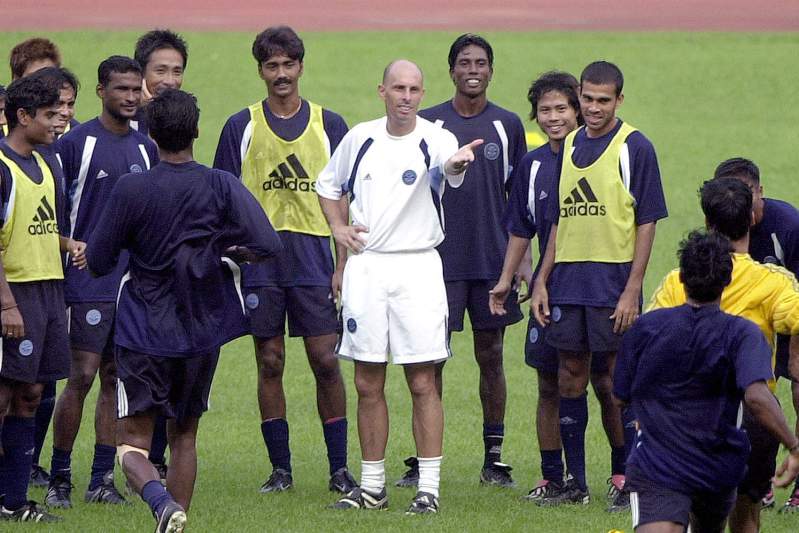 India coach Stephen Constantine stated that for players to having to adjust under three coaches in one season is something unheard of in the world of football.

He also called for the country to have a single league, instead of having two, namely the eight-year-old I-League and an year-old Indian Super League (ISL).

“We need a singularity with the concept of the league. We can’t have two leagues going on in the same season. For the first three months (Indian Super League) players will be under one set of coaches, the next five (ILeague) they will be under another coach and then they will come together under me for the National camp. It is something no player in the world can adjust to. It is definitely not the way forward for the sport in India,” he told The Times of India.

With players such as Roberto Carlos coming out of retirement to play for the likes of Delhi Dynamos, while Robert Pires and Joan Capdevila doing the same for FC Goa and NorthEast United last term, Constantine pointed that it doesn’t speak highly of the standard in India.