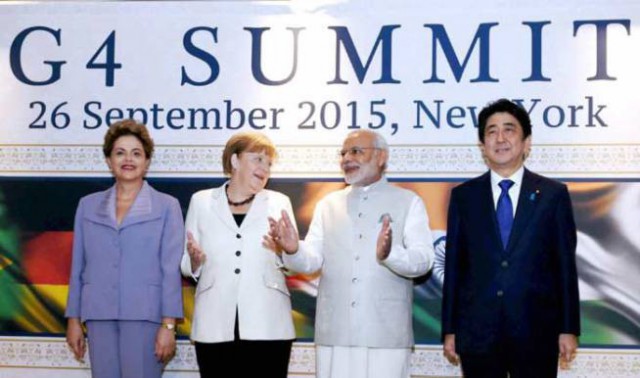 In a country that played host to the charismatic Pope Francis, and the powerful Chinese President Xi Jinping among 150 other world leaders, it was difficult for anyone else to be heard this week. But Prime Minister Narendra Modi’s U.S diary did not do badly. His diary had no blank pages. With a stress on optics rather than “specific outcomes”, the hectic six-day visit to the United States included a number of engagements at the United Nations, and a short but signficant weekend in Silicon Valley on the West Coast. So much so that Modi’s meetings were the envy of the Pakistani media, which criticized Pakistan Prime Minister Nawaz Sharif for closeting himself in the Waldorf-Astoria with old friends from Pakistan instead of seeing and been seen.

The much talked about possibility of a Modi-Sharif meeting did not materialize. At a summit of countries that contribute to UN peacekeeping, Modi’s last engagement before he flew out, Sharif waved to the Indian Prime Minister, and he waved back. Prime Minister Modi held meetings with the Who’s who of America’s big capital, business and industry, seeking to allay their concerns on the slow pace of deregulation and India’s poor “ease of doing business” climate. On the West Coast, he and the tech biggies wooed each other assiduously. In his bilateral meetings with a galaxy of world leaders, he pushed India’s case for the expansion of the permanent seats in the Security Council, and for a global convention on combating terror.