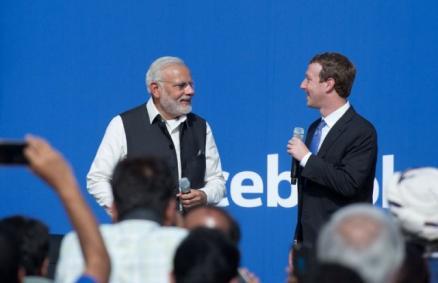 Welcoming Prime Minister Narendra Modi to the Bay Area in California, US-India Business Council president Mukesh Aghi said ‘Digital India’ is a vast and expansive vision and the key to fulfilling the economic and social progress of the nation.

All of the Prime Minister’s programmes ultimately have a digital focus, he noted. USIBC is hosting a dinner for Modi in San Jose, California on September 26 which would be attended by almost all CEOs of major IT firms in the Silicon Valley.

This will provide Silicon Valley-based companies an opportunity to interact with the Prime Minister and promote avenues for future collaboration with India, a media release said.

The event will also host incoming USIBC chairman John T Chambers, who is the executive chairman of Cisco.

«We are honoured to be part of the Prime Minister’s visit to the west coast of the United States,» Aghi said.

«Modi will be looking for investments, jobs, and a platform to tell the world that India is open to do business – especially in the technology field, where it already has an impressive USD 100 billion IT industry,» he said.

«We absolutely agree with the Prime Minister’s goal of making India a top 50 country for ease of doing business. Such a climate will be instrumental to attracting greater foreign investment to the country,» Aghi said.

US companies, especially those located in the Silicon Valley, have a great deal to bring to these efforts, beginning with their technology, capital, intellectual property, and desire to be long-term players in India’s future, he asserted.

Observing that around 15 per cent of startups in Silicon Valley have been founded by Indians, Aghi said they represent a cross border flow of ideas, information and knowledge as well as the progress of the US-India partnership in recent years.

«This community is eager to be a part of India’s growth story and as a result, the Silicon Valley is perfectly poised to help transform India into a more networked and connected society,» he said.

USIBC and member companies are eager to support Prime Minister Modi’s initiatives in all ways possible, he said.

«Together we can provide jobs, opportunity, and prosperity to both of our countries and this is the time to seize the opportunities and potential of our relationship,» he added.