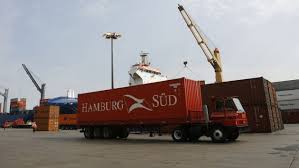 Bilateral trade between India and ASEAN totaled US$80 billion in 2014, up ten billion from 2012 and increasing by an average annual rate of 23 percent over the past decade. A large portion of India and ASEAN’s surging economic and political relationship can be accredited to two things: India’s “Act East” policy, which reaffirmed India’s plans to engage more substantially with the economies of its Southeast Asian neighbors; and rising business optimism within ASEAN, as outlined in the latest ASEAN Business Optimism Index by Dun & Bradstreet.

Singapore is India’s strongest connection to the ASEAN market, accounting for 25.9 percent of all of India’s trade with ASEAN from 2013-2014. The city state has also benefited economically from its tight relationship with India, from which it imported USD 7.1 billion in 2014.

As India’s portal to the rest of ASEAN, Singapore is likely to enjoy a mutually beneficial economic and political relationship with India for multiple upcoming decades.

Vietnam
Vietnam and India have also sought to strengthen their economic and political standing. Vietnam’s 2014 renewal of Indian oil blocks in the South China Sea is indicative of improved diplomatic and defense relations between the two nations.

The economies of India and Vietnam are anticipated to increasingly rely on one another for trade in the upcoming years. From 2013-2014, bilateral trade between Vietnam and India totaled USD 8.03 billion, and both countries’ governments predict this number to reach US$15 billion by 2020. In terms of exports from Vietnam to India, large investment opportunities exist in the textile and pharmaceutical industries.

Indonesia
India and Indonesia’s economic relationship has grown exponentially in recent years. After signing a double taxation agreement (DTA) in 2012, bilateral trade between the two countries totaled US$20 billion. In 2012, the Indian embassy in Jakarta launched the India Business Forum, in which Indian business owners committed to further interaction with the Indonesian market.

In 2014, Indonesia accounted for 38 percent of ASEAN’s total GDP. By increasing trade with Indonesia, India will gain significantly greater access to the Southeast Asian economy. At the same time, India’s population of over 1.27 billion presents a large market for the ASEAN countries’ primary exports of oils, gas, and electronic equipment.

Room for Growth
It remains to be seen how the ASEAN region will respond to India’s recent initiatives to improve economic and political relations. Although the last several years have seen considerable development in India-ASEAN relations, there is further room in these markets for significant growth in the coming years.