Time to talk about India and Latin America

Time to talk about India and Latin America 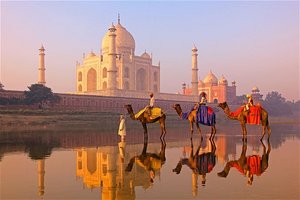 Much of the attention on Latin America’s engagement with extra-hemispheric actors has focused on China, Russia, and Iran, with often explicit or implied consternation on the part of the United States. Yet a key extra-hemispheric partner with 1.25 billion people has been almost invisible in this discussion: India.

In the past 15 years, according to the International Monetary Fund (IMF), India’s bilateral trade with Latin America and the Caribbean has grown more than twenty-fold, reaching $44.6 billion in 2013. Although this is much less than China’s $289.3 billion in trade with the region in 2013, the rate at which India has expanded its trade is similar to China’s expansion of trade with the region, with India merely beginning later and from a lower point. Moreover, as China’s growth rate slows, and the value of its imports from Latin America correspondingly decreases, India’s economy is expected to grow 7.6% this year and 7.7% in 2016—a rate greater than that of China.

Even if India is not yet as significant a commercial partner as China, the characteristics of its engagement with the region offer important opportunities for the region’s companies and governments, as well as for the United States. India, like China, has a growing appetite for commodities and foodstuffs, for which Latin America and the Caribbean is already an important supplier. Indeed, when China abruptly suspended its imports of Argentine soy oil in 2010,India tripled its own imports of Argentine soy products to $1.8 billion. Similarly, Mexico and Colombia are important sources of oil for India.