India, China commit to work together on climate change

India, China commit to work together on climate change 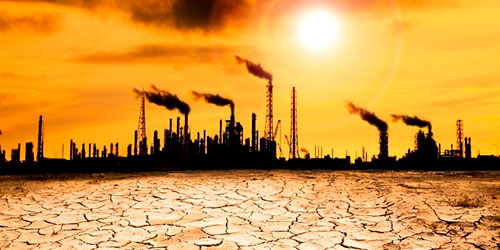 China and India, the world’s No. 1 and No. 3 greenhouse gas emitters, projected a united front on climate change on Friday with a rare joint statement that asked rich countries to step up efforts to reduce global carbon emissions.

«The two sides urged the developed countries to raise their pre-2020 emission reduction targets and honor their commitment to provide $100 billion per year by 2020 to developing countries,» the statement said.

While both countries stopped short of making any commitments, they said they would submit their respective plans to curb greenhouse gas emissions well before crucial global climate talks are held in Paris later this year.

India, which is the world’s No. 3 emitter of greenhouse gases, has been under pressure to make commitments after the top two emitters – China and the United States – agreed to new limits on carbon emissions starting in 2025.

Modi has signaled he will not bow to foreign pressure and will instead focus on increased use of clean energy to fight the adverse effects of climate change. He wants to quintuple India’s renewable energy capacity by 2022.

India cannot commit to emissions cuts as it still needs to industrialize and lift millions of people out of poverty, the government says.