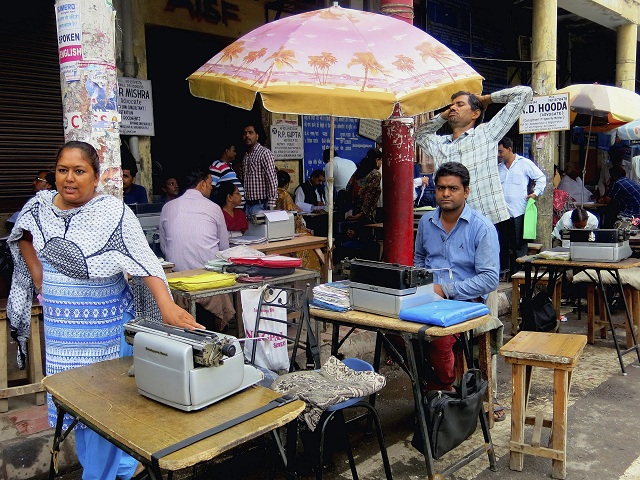 In India typewriters they are not a relic of the past or image file as in some parts of the world, on the contrary, the sound of their keys and ringing line change are heard daily on the streets of New Delhi (capital).

The resistance of the inhabitants of the Asian nation to let typewriters challenges in some sectors the empire of computers. A row of machines are part of everyday life of the Hindus, especially if they need official documents.

“The continued using because we work in the street, where there is no electricity, plus they are very small and easy to carry. If we had a computer, so we could not plug or carry from one place to another,” said the scribe Bhupendra Kumar, drumming in front of a government building in New Delhi, to EFE.